The leadership team of GMI has guiding the business as a team for a long time. GMI has always prided itself as an organization that finds good people and keeps them on the team for long periods of time. Nearly half of the overall staff of GMI has been an associate for over 10 years – a milestone that is celebrated across the entire organization.

The stability of the GMI Executive Leadership Team is an integral part of the consistent strength and growth of GMI over its nearly 40 years in business.  The leadership team members have an average tenure over 25 years. 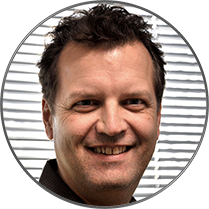 Dan co-founded Softworks in November of 1983 with $600.  The initial software they produced was a DOS shell for the Commodore 64 called ‘Softfiler’.  In 1985, he dropped out of college to devote his full time efforts to the company.

In 2005 he and the team set up an overseas WOFE in Shanghai China envisioning duplication of the successful Low Volume high Mix (LVHM) philosophy. The Asia division continues to be a successful part of the GMI Solutions strategy.

He continues to give overall direction to the company & team, sits on several boards and has received numerous industry awards and recognition.

To help mentor other budding entrepreneurs he also founded and funded a successful top-15 startup accelerator gener8tor, which he successfully exited. 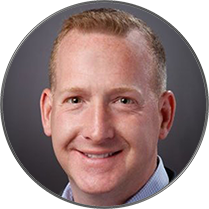 Michael joined GMI in 1999 as a Strategic Account Manager.  While developing many of GMI’s existing and new large OEM accounts, Mr. Poehlmann eventually managed the inside sales team, was promoted to VP of Sales and Marketing and now serves as President of the company.  In this role, Mr. Poehlmann is responsible for all aspects of GMI’s operations.

Mr. Poehlmann has a bachelor’s degree in Biology from the University of Iowa, and has a solid background in healthcare and bioscience, including work within laboratories, hospitals and  medical sales representation.

In addition to the biology background, Mr. Poehlmann honed his technical aptitude while managing a repair center for power tools and equipment, and also working 5 years as a sales rep and department manager for Derco Aerospace – directly interfacing with the U.S. Defense Logistics Agency on aftermarket military aircraft spares support and component repair. 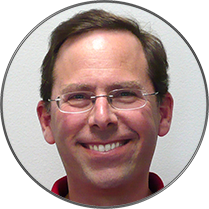 Todd Sweet, GMI’s Chief Financial Officer, is responsible for overseeing the accounting, finance, and human resources functions for both the U.S. and China operations.

Mr. Sweet joined GMI (then Granite) in 1994 as Controller.  Prior to joining GMI, Mr. Sweet spent 7 years as a public accountant working for Ernst & Young as an auditor and computer auditor as well as for a local firm as an audit supervisor and tax preparer.

Mr. Sweet is a Certified Public Accountant and received his Bachelor of Business Administration in accounting and information systems from the University of Wisconsin – Madison.

ST Choong joined the team in 2004 as the company was preparing to open a manufacturing location in China. First hired as General Manager of the Shanghai operations, he was promoted to Vice President in 2007.

Mr. Choong has played a very important role in the continued success of GMI’s Chinese operations. Prior to joining the team, Mr. Choong was the Senior Manager – Procurement and Supply Chain (North China) for Flextronics Technology (Shanghai).

Mr. Choong also has over five years of experience as a procurement engineer for Hewlett-Packard. Mr. Choong received his Bachelors of Engineering from Nanyang Technological University in Singapore, with a focus on mechanical and production engineering. 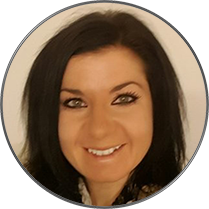 Micaela is CSCP Certified and a graduate of BBA, specializing in both Business Unit Management and Supply Chain and Operations Management. She is an experienced sourcing professional, proficient in driving process efficiencies and leads the sourcing team at GMI.

Micaela has managed various aspects of sourcing in several business-to-business markets since 2010 and brings an energy and creativity to GMI that directly effects the OEM customers in a very positive way. She has experience in several well-known brands and prior to GMI assisted Kohler company with ensuring new global product introductions were smooth and resulted in the highest levels of quality.

She is very savvy and explores ways to mitigate risk, improve logistics and still maintain very competitive supply side costs. Micaela manages all aspects of sourcing at GMI, and brings a passionate desire to help add value directly to customer programs. 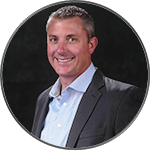 During his tenure at GMI, Patrick has continuously  proven his ability to land substantial and diverse OEM deals where GMI adds value to OEM customers. As a visionary, he leads the team by example with his relentless pursuit of new opportunities and has been a primary driver in the expansion of GMI’s manufacturing services and capabilities.

Patrick continues to help grow the GMI outside sales team and lead the new business development charge in the U.S., China and Europe.

Hans Dittmar joined the company in 1994 as its sole purchasing agent, later getting promoted to Purchasing Manager.

Mr. Dittmar has been involved in various parts of the company with subsequent positions in manufacturing, operations and later in sales, where he focused on component distribution and lead generation.

Since 2002, Mr. Dittmar has been in charge of GMI’s Marketing and Communications and is responsible for all marketing efforts. Mr. Dittmar is also involved in corporate strategic planning, various business processes and engineering, and the technological advances in core capabilities. Mr. Dittmar completed coursework at Carthage College in Kenosha, Wisconsin. Mr. Dittmar has been actively involved with technology and its practical application since 1984 with an emphasis on computer and related technology.

We'd love to connect. Take a few seconds to reach out and we'll get back to you quickly!